This here is from Apple’s Slide-to-Unlock patent, which is currently being invalidated. 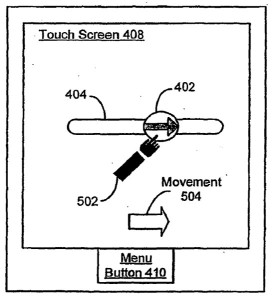 However, the question remains why this could be granted in the first place. Laziness? A case of “it said computer, so I turned off my brain”? Or job-blindness “I couldn’t find any prior art in the patent database”?

Because the amount of prior art is actually staggering. This here is one of the earliest I could casually find: 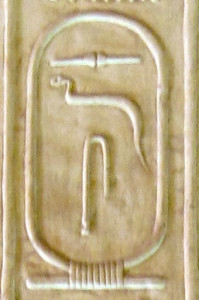 Yes, it’s hieroglyphs, and they’re from roughly 1290 B.C. The topmost hieroglyph is a “z” (or hard “s”), and the symbol is that of a door bolt. And since hieroglyphs are rather old, and Seti I. by no means one of the early pharaohs, this means there’s most probably much older evidence out there for “slide-to-unlock”.

And I’d wager there’s so much more of this crap out there. Chances are very slim that this is an isolated case, this is most probably endemic, system inherent.